A large manufacturing company headquartered in Illinois, is home to heavy machinery used by farmers, ranchers and builders.

The company has more than 20 facilities located throughout the United States, most of which are manufacturing plants. Others are distribution centers, credit facilities and administration and corporate complexes. 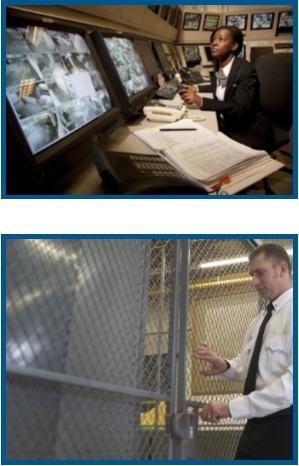 Identifying the right security company to handle this large, diverse portfolio was a challenge for the manufacturer because they needed to make sure the services proposed were what they needed: particular training needs, performance standards and management capabilities. It was critical for the manufacturer to understand what services and value they would be receiving from the potential security partner.

“We were looking for a security provider that could offer us service options, compatibility to the company’s culture, value, and the credentials to back it all up,” said the Manager of Preparedness and Planning for the manufacturing company. “Overall, we needed to be able to see a value for the money being spent. Service was our main focus.”

After reviewing the RFPs from several providers, the manufacturer’s management team narrowed the list of potential service providers to three finalists, including Allied Universal Security Services.

Essential to the success of the process was the manufacturer's specifying the security officer wages for the remaining competitors and giving each team three days to revise their proposals to match the wage.

“During the first round, we wanted to be able to receive information from the bidders about the services they could provide and try to match that with a wage,” said the manufacturer’s Manager of Enterprise Security Operations Center. “However, the information we received on services and wages varied dramatically between the providers. We eliminated some bids because the proposed wages were dramatically under or over the levels our selection committee thought was appropriate for each unique location, or the bidder simply couldn't provide the services we needed.”

“The evaluation became easier once we specified a wage because we could better compare what services we would be receiving for the proposed budget,” said the facility’s Manager of Preparedness and Planning.

With the wage consistent across all bidders, the manufacturer could better assess which provider could offer the most superior program in terms of officer training, performance, management and support capabilities.

“Specifying the wage leveled the playing field for all competitors, making it a far more effective decision process,” explained Guy Hassfield, Vice President of National Accounts for Allied Universal. “The manufacturer was now able to evenly compare each of the proposals to decide which security program offered them exactly what they wanted, for a price they were willing to pay. With the wages specified, value became transparent.”

Once all wages were equal, the manufacturer’s management took the time to compare the proposals, “apples-to-apples”. Value remained a critical factor in the decision process, and was even more important than price. Management wanted to make sure they were getting the level of quality they needed and wanted to understand allocation of their security budget. “Everything was laid out on the table and we were able to concentrate on the things that mattered most,” said the Manager of Enterprise Security Operations Center.

After thorough review, the manufacturer was able to make an informed decision on a provider based on the security program offered and its value.

The manufacturer chose Allied Universal, who did not necessarily have the lowest overall price. The decision was based on the high quality of services they were able to offer and value for the money being spent. Allied Universal's security officer training, experience with similar clients and ability to fully integrate the security program into the manufacturer’s operations was exactly what they were looking for.

The manufacturing company is very pleased with Allied Universal's security program and the value they were receiving. “The components of Allied Universal's proposal reflected what we were asking for in services,” said the Manager of Preparedness and Planning. “Service and value were a huge consideration for this proposal, and Allied Universal understood that. We were also able to save time, money and aggravation by specifying a wage, and therefore understood the value of service we would be getting.”

“The cultures of our company and Allied Universal are so parallel that it was easy to understand each other and how we both do business,” said the Manager of Enterprise Security Operations Center.

The relationship between the manufacturer and Allied Universal has been labeled as a true partnership since the beginning due to the wage specification and open and informative nature of the evaluation and bid process. The manufacturer felt Allied Universal was very transparent about their costs and how they compensate their employees and provided the value and services they needed. As a result, the manufacturer is aligned with a company that provides a security program that can best meet their needs.

Note: Due to client confidentiality, we've withheld the client’s name from this case study.