Hundreds Recruited, Screened and Trained in Just a Few Weeks

In November 2006, a major metropolitan city began a search for contract security officer services. The city sought to hire a security company that could fully operate and provide over 1,000 unarmed and armed security officers, supervisors and support personnel for their daily security needs in just a few short weeks. The Government Services division of Allied Universal Security Services, a provider of contract security for government and private entities, was called into action to compete for the five-year contract. The incumbent security firm was not meeting the client’s standards of excellence with guards that were not consistently well-trained.

The client, the administrative arm of this large city’s government, is responsible for supporting all agencies that provide services to the public, including the departments of: Transportation, Education, Emergency Management, Children’s 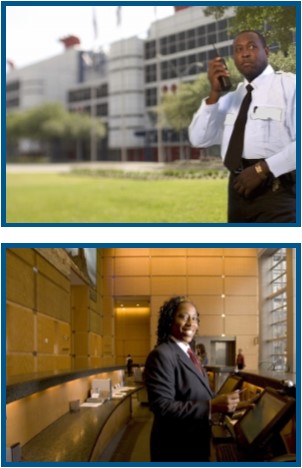 Services, Board of Elections, Building Department and Citywide Administrative Services. Ensuring the safety of every person who works at or visits any of these agencies is of paramount importance.

“The opportunity to compete for this business and to serve the physical security needs of this huge city was both a challenge and an honor,” said John Redden, Allied Universal Government Services Division President. “A primary mandate from our government contractors is an emphasis on training and quality control.” Allied Universal, the only contract security services firm honored by Training magazine for three consecutive years, features a highly specialized curriculum that addresses the challenging needs of the government sector.

“The situation presented a challenge that we were eager to meet,” said Redden. “Allied Universal has the experience, personnel and capabilities needed to protect this client’s assets and personnel. Our officers receive state-of-the-art training and are taught to respond to any type of emergency.”

Allied Universal’s Government Services division was awarded this new five-year contract in December 2006. While the opportunity was great, the challenge to find qualified security personnel was enormous. “In just a few short weeks, we had to ensure hundreds of qualified and well-trained security personnel were ready to assume their posts,” said Redden.

Solution: Thousands of people attended the Allied Universal job fairs where, over the course of just one weekend, 680 applicants were screened. Drug testing was conducted on site and new hires were immediately measured for uniforms to expedite start dates. Additionally, Allied Universal engaged in an extensive audit of former employees who were in good standing with the company.

“The depth and breadth of our services goes beyond merely securing the entities of the city that fall under the client’s jurisdiction. The additional training we offer distinguishes Allied Universal as the choice for quality, contract government security services,” said Redden. “Each and every person hired goes through rigorous training.”

“Our extensive capabilities and proven track record, together with over 7,000 active security officers in the metropolitan area, make Allied Universal uniquely positioned to respond immediately to the city’s security needs,” added Redden. “Allied Universal Security Services is fully capable and was prepared to immediately meet the significant operational, administrative, and financial requirements of the security services program. In working with this client, we know our services make a difference in the lives of everyone who works at or visits these vital city agencies.”

The success of the security program has prompted the need for additional staff. As of March 2008, one year and three months after the start of the contract, 55 additional Allied Universal security officers have been hired and Allied Universal’s recruiting staff has been tasked with filling an additional 25 positions.

Note: Due to client confidentially, we’ve withheld the client’s name from this case study.