Shopping malls are often chaotic and hectic scenes during the holiday season. It’s an especially intimidating setting for a child trying to navigate through it. In this setting, a charitable gesture can create an unforgettable moment for a child and a security officer.

On December 18, at a mall in California, Security Officer Ryan West encountered a crying little girl and her mother. The mother told Ryan that her daughter had just lost a wallet that was filled with $60 in birthday money she received from her father the day before. 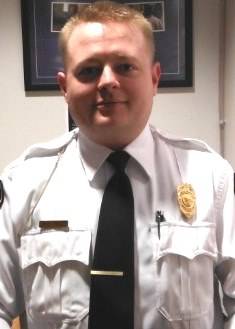 Ryan, who also has a daughter around the same age, was determined to help the little girl. After talking to the mother, he found the stores they had visited. Ryan then gathered a team of security officers and retraced their steps throughout the mall. Unfortunately, their search came up empty-handed.

However, Ryan was determined to brighten the child’s day. Instead of walking away from the situation, he pulled out his own wallet and gave the girl $60. Understanding how distraught the little girl was, and how close they were to Christmas, Ryan wanted to make her smile anyway possible. After receiving Ryan’s money, the mother and daughter were speechless and thanked him countless times.

A desire to help the smallest patron highlights the compassionate nature of security professionals. Every day security officers demonstrate compassion and the ability to make people smile—neither is an element of most post orders, but both are essential to being a security officer and come easily when quality candidates are hired.

Ryan’s passion for going above and beyond to help a customer is a great portrayal of the caring men and women who find success and satisfaction in security!