Reichhold, Inc. is one of the world’s largest suppliers of unsaturated polyester resins for composites and a leading supplier of coating resins for a wide variety of markets and applications. With its world headquarters in Research Triangle Park, NC, and 19 manufacturing sites and four technology centers located around the world in 13 countries, Reichhold has the widest global reach of any resin supplier today.

Reichhold is dedicated to providing their customers with the most innovative, highest quality value-added products and services possible. The company has 1,400 employees worldwide, and has the global resources to provide advanced solutions to their customers: composites fabricators and coatings formulators. Meeting their client needs and exceeding their expectations is Reichhold’s primary goal. 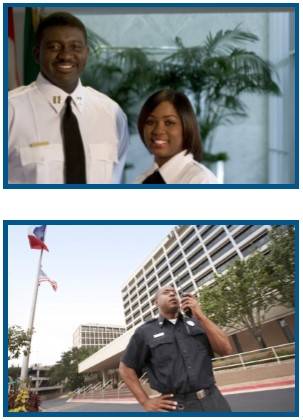 At the world headquarters, there are numerous labs, research and development facilities and new product testing areas. The facility has emergency response equipment such as, but not limited to, fire alarms, various fire suppression and sprinkler systems, First Aid kits and AED, fire extinguishers, emergency showers and a public announcement system.

Nancy Anderson, Facilities Manager for Reichhold, is in charge of management of the Reichhold building. “Third-party vendors take care of building emergency system inspections that are critical to Reichhold’s operations. These vendors perform tasks that only a licensed professional can do, but some of their other duties seemed quite routine, causing me to wonder if we could absorb those responsibilities in house.”

This routine maintenance was an expense that Reichhold hoped to reduce. “We were already working with our facilities department to give them some of the responsibilities, but I had to find an untapped resource within Reichhold to help us with other tasks such as inspections that must be conducted during non-business hours and duties that a non-licensed professional can perform.”

While cost was a factor for Anderson, she was also concerned that some vendors were not completing all of their responsibilities. “We had to keep a close eye on vendors’ performance,” she explained. “It became an even larger, multiple-person function since we had to verify the vendor’s responsibility was taken care of instead of just trusting it was done properly. It became a concern of money, manpower and time management.”

Allied Universal Security Services has been providing security services for the world headquarters building since 2003, and Nancy has had a great working relationship with account manager Bruce Pray since they started working together.

“Whenever I was searching for someone to help us with the extra responsibilities, I realized that Bruce had great experience beyond what he and the security team were already doing for Reichhold,” said Anderson. “He was the untapped resource we were looking for to help us complete these critical building emergency inspections more efficiently.”

Anderson and Pray evaluated the building functions and reviewed how and why each task is done. They also researched OSHA rules and other requirements to make sure Allied Universal security officers would be able to successfully perform the duties and would be allowed to perform the non-licensed duties instead of a vendor.

Allied Universal has 12 security officers total at the headquarters with services being provided 24 hours a day, 7 days a week. The officers knew the vendors that would come into the building and were already providing assistance to them when needed, especially late at night. “Security officers were there regardless of what time it was,” said Pray. “If a vendor was in late, testing an alarm system, we were there to assist them if needed.”

Security officers were given these additional responsibilities to help Reichhold save time and money and ultimately add value. A critical part of ensuring these responsibilities were handled properly was training.

“It is very hands-on training,” said Pray. “The officers have to demonstrate their proficiency prior to being allowed to complete the task themselves. They are then responsible for that task for the next 30 days. After 30 days the security officers rotate tasks so that their attention is fresh and they are cross trained on all of our additional responsibilities.”

These inspections are strategically completed at night to eliminate disruptions to normal, daily business activity. It also keeps the officers active and alert to their surroundings since they now have to focus on an additional responsibility.

Since the Allied Universal team has begun to assist with these functions, Reichhold has increased their trust and value in Allied Universal’s ability to go above and beyond.

“When Bruce and his team took over inspecting the fire extinguishers, we discovered that 40 percent of them were not compliant to standards,” said Anderson. “Now they are all compliant and I trust that they will stay compliant as long as Bruce and the team are engaged in the inspection process.”

Furthermore, the Fire Marshal and Insurance Inspector have also saved time during routine inspections. “They can now look at Bruce’s paperwork from the inspections, take a quick look at the building and be out of here faster than ever because Bruce and his team made the process more efficient,” said Anderson.

Having Allied Universal take on the additional responsibilities became a win-win situation for Reichhold and Allied Universal. “Reichhold was able to save a significant amount of money and was able to reduce the manpower hours of vendors by allowing the security officers to assist with fire extinguisher inspections, fire suppression system inspections, restocking of First Aid kits and other monitoring and inspection duties,” said Pray. “The security officers took ownership and now provide a value-added service for Reichhold. We have really filled a need.”

“These responsibilities are a natural fit for the security officers who already know the building well and are committed to the safety and security of the facility and its occupants,” Pray continued. “With the team at Reichhold, that commitment goes beyond standard access control and patrol. Our officers understand the importance of emergency preparedness which is what these additional duties are about.”

The relationship is now stronger than ever between Pray, his security team and Anderson. “The security team stepped up to our challenge and have taken the responsibilities head on,” explained Anderson. “Bruce manages his team wonderfully and has the background and experience to prove he can teach them whatever it is they need to know. He is a vital resource and Allied Universal’s services are invaluable to Reichhold.”