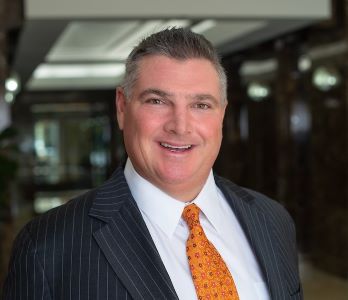 Jones was previously CEO of Universal Services of America, which merged with AlliedBarton in 2016 to create Allied Universal, the largest security services company in North America. He began his security career with Universal Protection Service in 1996, after holding executive level and management positions within two Fortune 500 companies.

Jones is the author of “No Off Season” -- a story of his path to success and the priceless wisdom gained along the way. His story begins as a young man dedicated to football in his dream of going pro. On his journey to professional success, he learned the unparalleled importance of a tireless work ethic coupled with raw determination. This autobiographical guide gives readers real wisdom for reaching business goals.

Over the years, he has received numerous honors and awards including being named the top job creator for two consecutive years by Inc. Magazine, winning the Vistage International Leadership Award, and earning the prestigious Ernst & Young Entrepreneur of the Year Award. Additionally, he is a member of the Young Presidents’ Organization and serves on various boards, including that of Allied Universal. Jones recently won the prestigious Entrepreneur of the Year 2020 award from Orange County Business Journal. In addition, he has completed thousands of interviews for top national/international news organizations such as CNN, FOX News, Forbes, Bloomberg, Yahoo Finance, The Wall Street Journal, etc.