What You Can Do to Prevent Workplace Violence

No employee or employer wants to think their workplace is at risk for a violent incident. The unfortunate reality is that workplace violence is a risk for every organization. In fact, it is the major cause of death in the corporate world, second only to transportation. Consider the following statistics from the Occupational Safety and Health Administration (OSHA):

Violence does not occur in a vacuum. It is not a spontaneous event. Rather, it is a process, ever-evolving and building. Research supports that the majority of incidents of workplace violence could have been avoided, or the impact limited, had people been properly educated and trained to detect and respond. This suggests scope and impact of workplace violence incidents can be mitigated through recognition of the impending signs of potential violent behavior and implementation of proper security measures limiting access.

Prevention as a Cornerstone Strategy

Putting prevention and response programs in place as a part of an organization’s security services program is a vital first step for organizations. Because internal workplace violence is often not only a physical security issue but also a human resource issue, a comprehensive workplace violence prevention program should address early detection, effective reporting protocols, counseling, and quick, decisive management intervention.

Educating employees empowers them to take control of their environment and results in a culture that is more aware and prepared for potential workplace violence situations.  Informed, they can effectively perform critical observation and reporting roles. If employees understand what to look for and understand their “duty” to observe and respond to suspicions acts of violence can be reduced.

Knowing the potential triggers for violence is critical. While there is no absolute indicator predicting when a person will become violent, public humiliation in the workplace, such as being passed over for promotion, making a critical error, being reprimanded in front of coworkers, or being laid off or terminated is one of the more common precipitating triggers for workplace violence. Personal trauma, such as stress stemming from divorce, financial strain or coping with death or illness of a person close to them is also another common trigger. However, the presence of these indicators does not necessarily correlate to a higher risk potential towards violence. 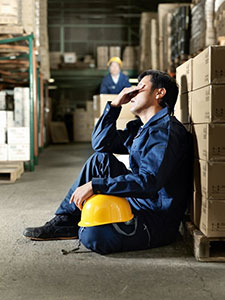 Employers and employees should be cognizant of potential red flags and warns signs but recognize that the signs may not necessarily indicate that an individual will become violent. One or more of following warning signs may be displayed before a person becomes violent. A display of the signs should trigger concern, as they are usually exhibited by people experiencing problems. 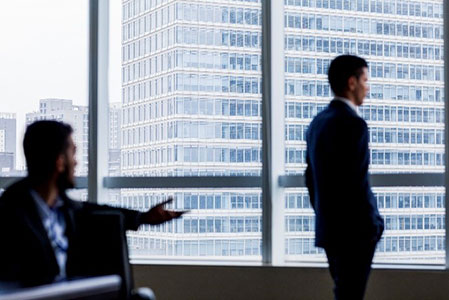 Focusing on positive engagement when attempting to de-escalate potentially violent situations is critical. The degree of success can vary significantly depending on the situation and involved individual(s). The following suggestions are to be used as a guideline only:

By understanding the warning signs, flags, and potential triggers that can precipitate violence and consistently report any and all suspicions, employers and employees alike can do their part in helping to keep the workplace a safe environment.